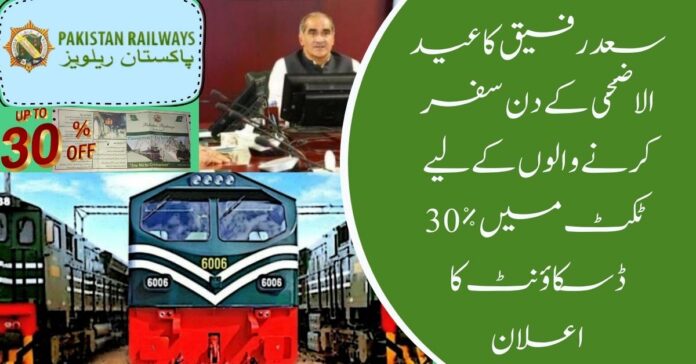 To relieve the general public on Eid Al-Adha, Pakistan Railways has reduced trains fares by up to 30 percent. During the three days of Eid, there will be a discount on train fares which will only be available according to official notification.

The department has introduced a discount rate for those who wish to book their rooms. Three special trains will also be available to passengers on the occasion of Eid-ul-Azha by Pakistan Railways.

Note: On July 8, the first special train is scheduled to depart at 10 am via several routes. Routes pass through Quetta, Peshwar, Multan, and Sahiwal. On July 8, the second locomotive leaves Karachi for Lahore via Multan and Faisalabad at 6:45 pm.

You May Also Apply