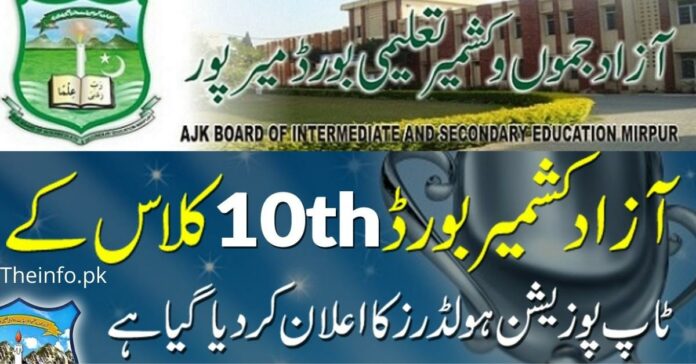 Azad Kashmir Board of Intermediate and Secondary Education announced matric results on 25 July 2022. Punjab Board position holders will be announced one day before the results. Prizes can include laptops or checks for students who get distinctions in exams.

Congratulations to the top scorers in the Matriculation Exam 2022. Azad Kashmir Matric Top 3 Positions Boys online. Azad Kashmir Board has announced the Matric position holders for 2022.

You May Also Check