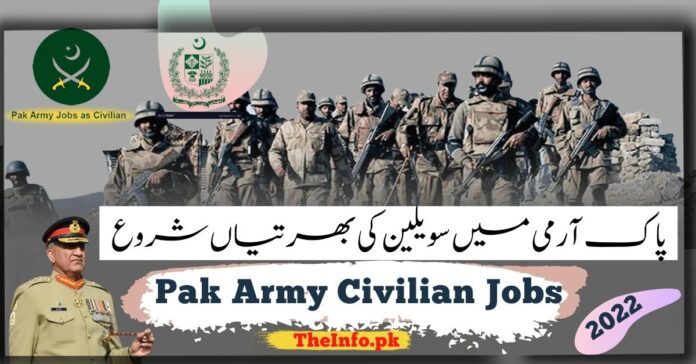 Army Civilian Jobs at Combined Military Hospital In Pakistan. Candidates can apply online until the deadline for jobs based on enrollment in 2022, and candidates must submit their applications by May 23, 2022.

In addition, you must apply by the deadline for the Army Civilian Jobs if you are eligible and have the necessary qualifications. CMH jobs are listed for May, April, and March 2022. So, careers and jobs at Combined Military Hospital are listed online.

Address is Commanding Officer, CMH, Mardan, and the ZIP code is 23120

In addition, after completing their MBBS degrees, the candidates are trusted by the Army and work in the army hospital. In this hospital, both the military personnel and the civilian staff of the Pakistani Army can receive treatment.

Various departments serve young men, officers, and families in CMHs located in big cities. Medical and surgical treatments are provided to eligible employees of the Pakistan Armed Forces both indoors and outdoors by the CMH.

Furthermore, for first-year students and experienced job seekers. So, here you can view the most recent job vacancies at Combined Military Hospital CMH 2022. Qualifications for these jobs range from:

You May Also Apply

Jobs In The Army Today At CMH

How To Apply Army Civilian Jobs 2022